Excavators of which the hydraulic functions are controlled by a servo foot pedal can easily be adapted to an electric proportional control on a joystick. The scroll button on the joystick controls several functions stepless which makes operating the machine easier. DHS has several joysticks, with scroll buttons and or push buttons on several places, in stock. 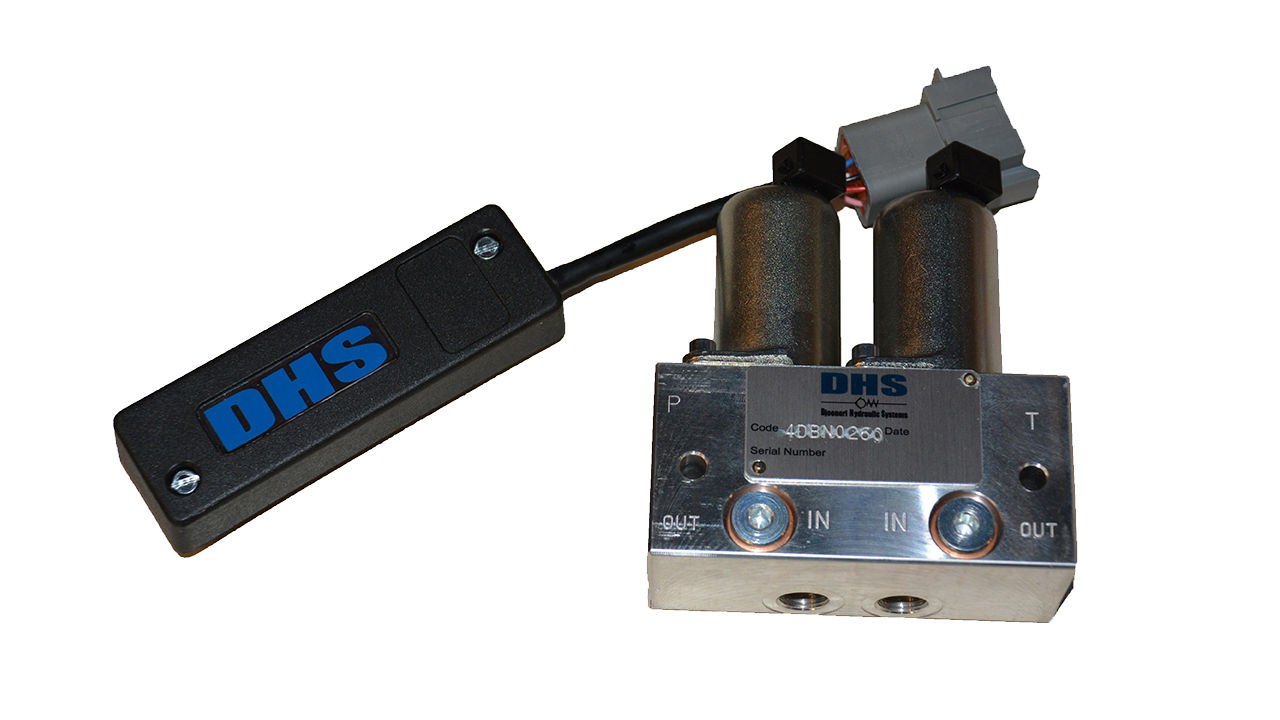